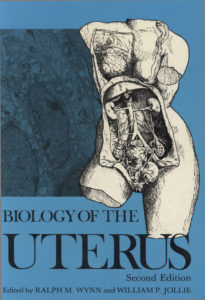 Biology of the uterus

Almost a quarter of a century has elapsed since Cellular Biology of the Uterus, the predecessor of the present volume, was planned. During that period, especially in the decade since the publication of the last edition of Biology of the Uterus, new information in the field has been so voluminous as to require major revisions of most of the chapters, the addition of several new chapters, and the collaboration of a second editor to facilitate the selection of appropriate experts as authors. As in prior editions, a balance has been struck between classical biology and modem biochemistry and biophysics. The inclusion of basic histological and embryo­ logical information provides a necessary, though often lacking, background for the protein chemist and molecular biologist and a bridge between the cell biologist and clinician. Thus, major practical problems in human reproduction, such as the genesis of endometrial carcinoma and the cause of the initiation of labor, may be approached on a firm scientific footing. The current edition deals primarily with the biology of the uterus itself (comparative and human) rather than placentation or pregnancy and thus is a synthesis of data derived from many techniques, both conventional and modem. As it is clearly beyond the competence of anyone scientist to prepare such a text on the basis of personal knowledge and experience, the aid of 22 distinguished scientists was enlisted. 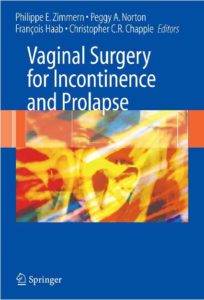 Vaginal Surgery for Incontinence and Prolapse

Vaginal Surgery for Incontinence and Prolapse presents a comprehensive overview of vaginal anatomy and physiology, practical guidelines for office evaluation of incontinence and prolapse, as well as a series of detailed chapters on current reconstructive procedures for urinary incontinence, fecal incontinence and prolapse. Vaginal procedures including urethral reconstruction, fistula, diverticulum and others are covered as they relate to urinary incontinence. The challenging topic of ‘recurrence’ is also addressed. Bringing together established and new practices in this emerging field, Vaginal Surgery for Incontinence and Prolapse is essential reading for both urological and gynecological surgeons involved in training or currently providing surgical care to women with pelvic floor dysfunction. 120 illustrations, most of them in color, enhance the text.